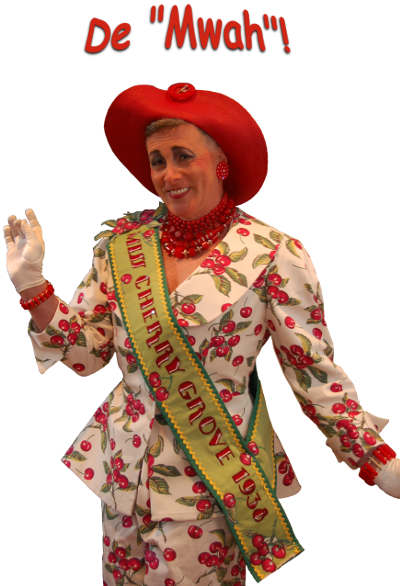 Sybil Bruncheon has the distinction of being the only celebrity who has been confirmed as present at the San Francisco Earthquake, the sinking of the TITANIC, and the destruction of the HINDENBURG! She was not only present, but was actually entertaining on stage at all three disasters, although she denies that her shows had anything whatsoever to do with the ensuing tragedies! “I am known for clean, wholesome, and uplifting show-lettes filled with music, interpretive dance, a bit of juggling, and a thought provoking message at the end! I DO NOT, in any way, espouse destruction of property, loss of life, or the soiling of fine garments in my productions!”, Miss Bruncheon has repeated at news conferences.

Coming originally from a family of royalty in the small kingdom of Greater and Lesser Marnier and the Triple Sec Islands (located on the Mediterranean coast, see footnotes/ World Almanac, pp. 328-1176), Sybil turned her back on her inheritance of the crown as Empress and ran away to America and a life in show business. Starting out at the age of 4 in Vaudeville and minstrel shows, she performed monologues from KING LEAR and CORIOLANUS as the title characters while doing strange contortions dressed as garden vegetables.

By the time she was six she could accompany herself on the ukulele, the pan flute, the glockenspiel, and the Sousaphone…..all at the same time. Sybil then began to tour famous music halls and variety theatres both in America and abroad in Europe becoming “The Toast of Both Coasts!” as she was billed on posters and in sky-writing of the time. It was on a return trip to San Francisco with Enrico Caruso that she happened to be at The Diamond Horseshoe Theatre during the onset of the San Francisco Earthquake. Ignoring the crumbling proscenium arch, the crashing scenery, and the swaying chandeliers she continued on with all the choruses of 99 BOTTLES OF BEER ON THE WALL as the crowd shrieked and ran from the house. Undaunted, she then took to the sidewalks and did an encore of the entire song start to finish to the screaming and running victims in the street. “I have always felt that music, even in the most dire of times, can have a healing effect, IF PERFORMED LOUDLY ENOUGH!”.